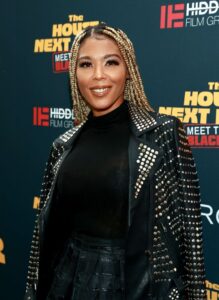 Cardi’s 29th birthday party may have gotten wilder than we already suspected.

In October of last year, Cardi B rang in her 29th birthday with an incredible dancehall bash that saw the “Bodak Yellow” rapper bumping and grinding with her man all night long as guests like Normani, Snoop Dogg, Lizzo, Teyana Taylor, 2 Chainz and more got in on the fun. According to a new report from TMZ, the birthday girl’s dance moves weren’t all that got partygoers talking.

Apparently, an anonymous attendee was attacked by Love & Hip Hop‘s Moniece Slaughter at the event, and a judge has since granted them their request for a restraining order against the reality star.

Legal documents obtained by TMZ contain claims that “Moniece went on the offensive at the event, trying to punch them before throwing a drink at them and striking others with the beverage.”

Elsewhere, the same alleged victim says that the 34-year-old “has been using her fame to harass them,” accusing Slaughter of “smearing their name with false allegations. The partygoer is said to have taken the case to court last week, and a judge promptly signed off on the request of restraint.

Song Of The Week

Video Of The Week